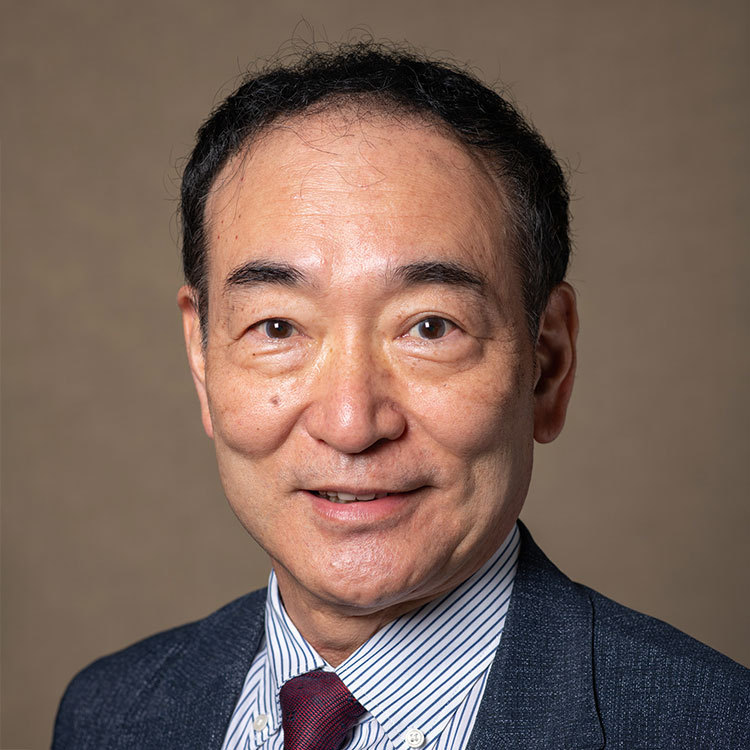 Shuzo Matsushita has been a physician-scientist working on clinical and basic science of HIV-1 for more than 38 years. He started as a haematologist working on adult T cell leukaemia/lymphoma and the causative retrovirus, HTLV-1, in 1983 (Matsushita et al., PNAS 1986, JCI 1987). Following the discovery of HIV-1 while working at NCI NIH in Bethesda, USA, as a visiting fellow, he was involved in the development of neutralizing antibodies and antiretroviral agents at an early stage of the research with S Broder and H Mitsuya (Mitsuya et al., Science 1984). Once back in Japan, he reported for the first time on the production of monoclonal antibody (mAb:0.5β) with potent neutralizing activity against HIV-1 at AIDS 1987 in Washington DC. Data obtained from 0.5β was published with findings on a critical epitope (V3-loop) for the neutralization of HIV-1 (Matsushita et al., J. Virol.1988), as was data about a human-mouse chimeric counterpart called cβ1, which prevented HIV transmission to chimpanzees (Emini et al., Nature 1992). He has been in charge of clinical management for people living with HIV in the Kumamoto University Hospital and continues taking care of 200 people living with HIV.

With his team, he started a combination of antiretroviral treatment (ART) for people living with HIV as early as 1996. Some of the people he has treated have kept their viral load undetectable for more than 25 years. He continued neutralizing antibody research with respect to escape mutation (Yoshimura et al., J. Virol. 2006, Shibata et al., J. Virol. 2007, Yoshimura et al., J. Virol. 2010), as well as developing neutralizing mAbs to HIV-2 and SIV (Matsushita et al., J. Virol.1995, Kuwata et al., J. Virol. 2013). He reported promising results from a clinical trial of humanized mAb KD-247 (Matsushita et al., AIDS 2015). The pioneering research of his team on residual virus and clonal expansion of infected cells (Ikeda et al., JID 2007) has been cited in recent works. His team is currently interested in quantitation of residual HIV-1 viral load in long-term treated people living with HIV to develop a strategy for cure (Stanoeva, et al., J. AIDS 2018). Recently, he developed a mAb with a potent neutralizing activity against SARS-CoV-2, which is a promising candidate for treatment for COVID-19 (Kaku et al., Cell Report 2021).

He was elected President of the Japanese Society for AIDS Research in 2013.

He has presented his team’s data many times at IAS conferences, spoke at the HIV Cure Symposium at IAS 2013 in Kuala Lumpur, and contributed as a programme committee member at IAS 1994 and IAS 2021.