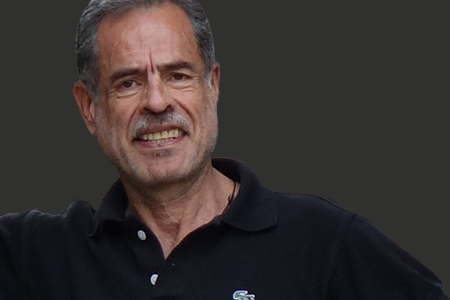 Diagnosed with HIV at age 42

Take us back to when you first learned you were living with HIV. What did it mean back then and what does it mean today?

When I first learned I was HIV positive in 1986, the situation was different from now. There was still a lack of reliable information about HIV, there were few medicines available, and people were dying, practically daily. The doctor who told me I was HIV positive didn’t provide any counselling. In the US, stigma was far more rampant than today, and resources of all types were less available. In New York, however, the gay community was active, and at least two institutions were advocating for funds and research, and providing counselling and referrals for azidothymidine (AZT).

I think the situation is far better today. There is a better understanding of the virus and many governments provide information and medicine. People with appropriate treatment can live normal lives. I am aware the situation is not the same everywhere, and even in the countries that show lower rates of transmission, there is a dire situation for many underserved groups. I wouldn’t say the fight is over, but we have advanced significantly.

Have you ever encountered any HIV-related stigma? Has this changed over the years?

I have not directly encountered external stigma, but self-stigma was instrumental in stopping me from disclosing my HIV status for many years. I think it is important to realize that even if I never experienced direct discrimination, the community and culture play such an important role in shaping perceptions, including self-perception.

It was mainly while travelling in other countries that I learned about the terrible effects of stigma suffered by some people. Individuals being fired from their jobs, gay individuals facing double discrimination, jokes, name-calling, and many other forms of discrimination – which obviously affected me too. I believe things have improved substantially in areas of the world with which I am familiar. Activism, information and familiarity with people living with HIV have played major roles in improving the situation.

Looking back, what has been the one key lesson that living with HIV has taught you?

If I have to select one lesson, it is the fact that stigma and discrimination impede empowerment and the ability to make appropriate decisions. We need to understand the role and effect of stigma and discrimination and work to defeat them. Greater understanding is necessary. We should take courage from the achievements of individuals and organizations that have been able to change societal values and force a society into providing assistance.

What role does HIV play in your daily life?

It is undisputable that HIV changed my life significantly. I have gone through much fear and pain and still grieve for so many friends, colleagues and valuable individuals that I have lost. But a lot of the fear has subsided and I live a regular life. My levels of awareness and consciousness are much higher today, and I am much more conscious of my own worth and the worth of others. My viral load is undetectable and I work actively to keep it that way. It is perhaps paradoxical, but HIV matters a lot today and yet it doesn’t. It does not play a very important role in my life but it does.