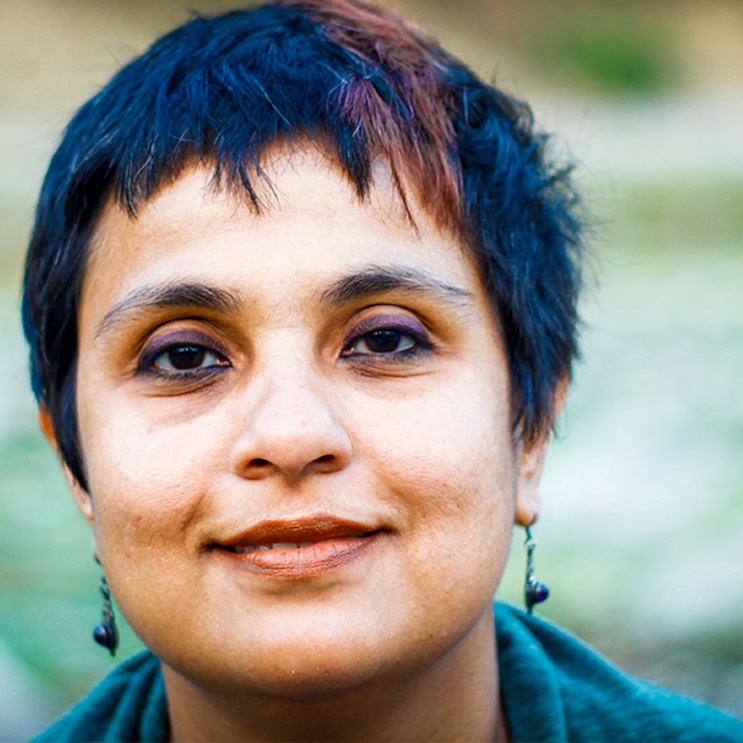 Leena Menghaney is a coordinator of the Médecins Sans Frontières (MSF) Access Campaign in India and an IAS Member. She began her work on access to HIV treatment with the Lawyers Collective, an India-based human rights organization, as part of its legal aid unit assisting people living with HIV. She was one of the organizers of a 2005 campaign to ensure that India's new patent law included public health safeguards to limit the impact of patents on access to affordable medicines. This is Leena’s story...

In Thailand in the late ’90s, nurses and doctors were frustrated because they could not prescribe antiretroviral therapy (ART) to people living with HIV. While this medication was being made available in the United States and the European Union, patients in resource-limited countries like Thailand had virtually no access to them.

Frustration among doctors and nurses in the field eventually led to the creation of a dedicated unit, the MSF Access Campaign, to fight for access to more affordable medicines, particularly for HIV treatment. This was also a crucial moment when people started to talk about generics and how they could solve the problem of access.

In 2005, India was amending its patent laws. Civil society in India was very worried that drugs that were generically produced and available would become unaffordable or disappear under patent monopolies. That is when I got involved with the MSF Access Campaign and, together with civil society, spoke up about how changes to the country’s patent laws, if lacking public health safeguards, would dramatically affect access within India. Our main goal was to call out the impact it could have on worldwide availability of generics if patent barriers were introduced.

"At that time, we didn’t realize the magnitude of the work we were doing and that the scale up of tenofovir would reach 19 million people."

In 2006, we worked with Indian civil society to draft the patent challenge to generic production of tenofovir in India and presented arguments to the Indian patent office. In doing so, we opened up access to affordable ART for the rest of the world. At that time, we didn’t realize the magnitude of the work we were doing and that the scale up of tenofovir would reach 19 million people rather than a few hundred. But challenging the tenofovir patent was a turning point in access and it was the first time we realized that we could win these patent challenges against corporations.

The impact of access also became a deeply personal one, marching alongside friends living with HIV, who like me, wanted to ensure that the patent laws would put patients before profits. Over the years, too many comrades – Henry, Mike and others – died from drug resistant forms of tuberculosis.

The essential part of our work in India today includes expanding access to ART, addressing new patent barriers and ensuring the quality of medicines. We are working on creating a pipeline of generic medicines from India to other developing countries, from identifying manufacturers and working on quality assurance to challenging intellectual property barriers. We look at the pipeline of medicines for HIV, for drug-resistant tuberculosis (DRTB), for hepatitis C, even vaccines, and we identify what would be most essential products in developing countries.

In the area of HIV, there are two challenges. One is a greater recognition of essential diagnostics. We should not only deliver medicines, but also deliver essential diagnostics (better technologies used to test for co-infections, HIV and measure viral load and/or the efficacy of ART) because without them, we are missing a very important component of access to treatment. The other is the fact that, while some countries, such as India, South Africa and many within sub-Saharan Africa, continue to benefit from generic medicines, there are many patent barriers in several middle-income countries, including Ukraine and Malaysia, which prohibit access to second-line medicines.

“Everyone must be equally placed or have equal opportunities to access HIV treatment and diagnostics.”

We fought successfully for ART, so why are we not able to challenge the pharmaceutical corporations on drug-resistant tuberculosis?

There is also a need for greater mobilization for access to treatment of co-infections among people living with HIV, including tuberculosis, DRTB and hepatitis C. We often see that people living with HIV are not prioritized for access to newer diagnostics or newer drugs, which leads to death more frequently. We fought successfully for ART, so why are we not able to challenge the pharmaceutical corporations on drug-resistant tuberculosis? With mortality rates so high, how can we continue to ignore it?

The current generation of activists is far more empowered than we used to be, challenging patent barriers in Brazil, Chile, Colombia, Malaysia, Russia and Ukraine with limited support. On the other hand, there needs to be greater learning from one another. Pharmaceutical corporations have far more resources than activists and civil societies, so closer networking and strategy sharing is needed as we observe pushback against compulsory licensing, especially for hepatitis C antivirals.

The government of the Netherlands is exploring compulsory licences for direct-acting antivirals for hepatitis C to make them affordable. It is actually quite amazing that the 22nd International AIDS Conference (AIDS 2018) will be hosted in Amsterdam while this debate is happening in Dutch society.

“This is not a problem just for HIV and AIDS, but also for cancer, hepatitis C and other diseases.”

Today, people have a greater recognition of the problem, and that is the first step towards the solution. This is not a problem just for HIV and AIDS, but also for cancer, hepatitis C and other diseases. When I started to do this work, most people thought generic medicines were only for sub-Saharan Africa. Nowadays, the global need for generic medicine is broadly acknowledged, and moving away from monopoly- to royalty-based licensing systems would dramatically increase access across the world.

While we recognize the power of civil society groups across the world, we need to work closer with them to continue challenging some of these barriers. Ensuring global access to medicines for all people who need them requires reform of the intellectual property system. As the patent system globalizes, we must work against monopolies blocking access to affordable generic medicines.