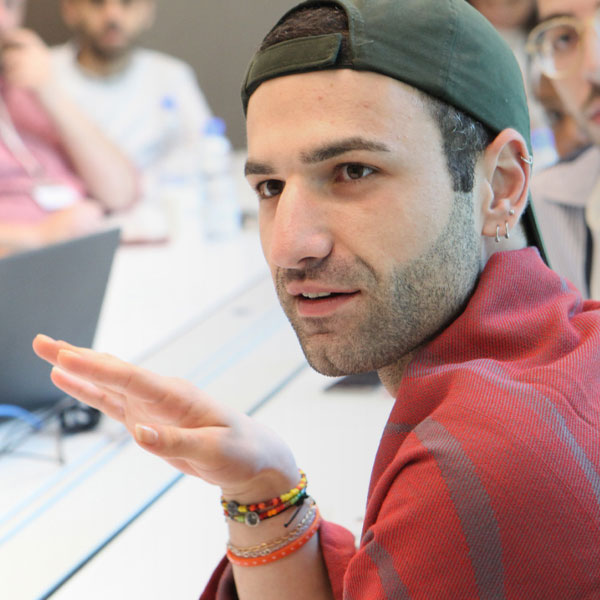 My name is Oguzhan Nuh (Oz) and I am a 25-year-old university student from Turkey. I have been living with HIV for almost three years and I have been involved in the HIV response since I was diagnosed.

I was never into the dating scene that much, but I always enjoyed meeting new people. Just like my millennial peers, I mostly meet people online through dating apps. One common feature of the apps I use is the option to display your HIV status or the last time you had an STI test. In some of the apps, you can also say if your viral load is undetectable or if you are on PrEP, which I think is an amazing feature to promote biomedical interventions and reduce the stigma around HIV.

When I moved to Berlin last year for an exchange student programme, I started seeing many people who displayed their HIV status as “HIV positive and undetectable” on their profiles, which encouraged me to do the same. At first, I was nervous to do it, but I was in a different environment far from home. I thought that I didn’t have anything to lose, so I updated my profile. Surprisingly, it wasn’t much of a big deal. Yes, now and then, someone would write to me without reading my profile, and when I mentioned my status in the chat, they would stop talking or react with hostility. But it didn’t bother me that much simply because advocating was a part of my daily life and I would try to explain to them what undetectable means.

Some also said how brave I was to put my status out there so openly. Other people would just say, “Thank you for telling me and I am on PrEP”, and we would continue the conversation. This is how it should be, considering how far we have come with scientific developments. Someone’s HIV status should not affect the conversation you are having. But unfortunately, social stigma doesn’t always make this possible and some people basically run away when they hear you are living with HIV. 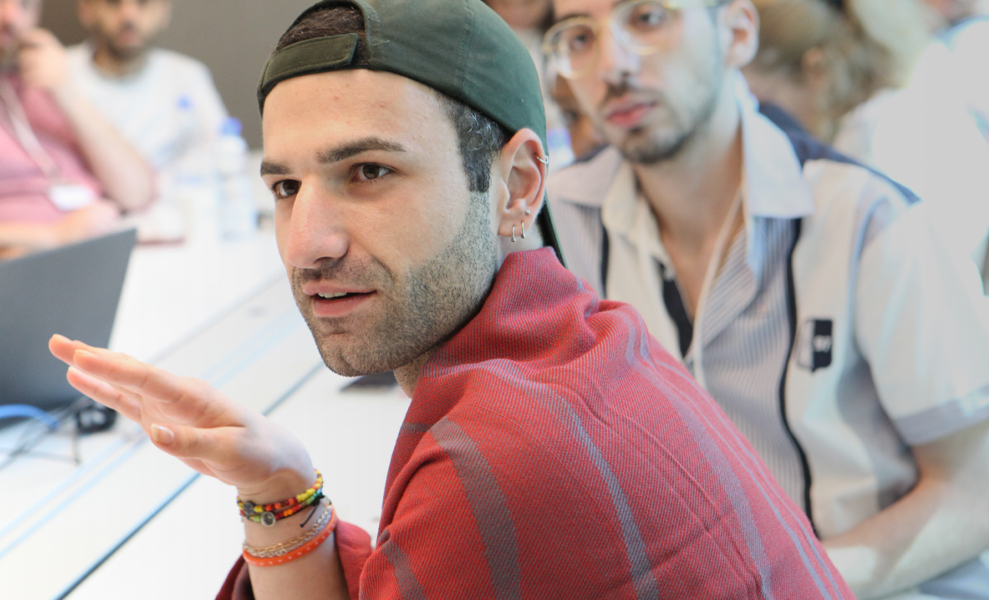 When I moved back to Turkey, I used a different app because the one I used in Europe is banned here. At first, I didn’t have my status on my profile, and as I had recently moved back and was new to the neighbourhood, people were messaging and trying to meet. One night, I saw someone whose status said “on PrEP”. I remembered mine was empty, so I made it “positive and undetectable”. I didn’t think much before I did that because I was quite open about my HIV status anyway. Then I realized no one’s status said positive. Those who displayed their positive status were rare and they were usually empty profiles. So I guess putting my status on my profile was brave in this context.

After this, some people I was talking to stopped responding. Some people messaged me, thinking I had made a mistake, trying to be helpful and asking me to correct my status. This happened for a couple of days. It started getting too much and all my conversations ended up discussing HIV, which I was doing enough of in my daily life, and so I removed it. Right now, even though I am open about my HIV status in my daily life and I give speeches on sexual health and HIV, I do not display my HIV status on my dating app profiles.

However, just because I don’t now display my status on my profile doesn’t mean I am not facing stigma on dating apps or not having any funny or weird moments with people I meet online. I usually get a good idea of their knowledge and awareness before I tell them about my status. If the conversation continues, we start talking about sexual health and HIV since it’s also the field I work in. Now and then, if the guy I am talking to makes a remark or says something that can be discriminatory, I correct them, and then it can get a bit awkward. They usually say something like, “Oh you are one of those LGBT+ activists, aren’t you?” And then I tell them I am actually an HIV activist, which in many cases is not the reaction they expect.

“I guess I can say that dating apps started feeling a bit more toxic after I was diagnosed. Going into an app where people commonly use hashtags like #ddf (drug and disease free) and #clean (meaning HIV negative), sometimes followed by ‘u b 2’ (meaning you should be HIV negative too), not only angers me but is also upsetting. Seeing those highly stigmatizing signs again and again can ruin one’s self-esteem. But that doesn’t mean that you can’t meet or date people online.”

I think that disclosing your HIV status is a very personal decision. There is no right time or way to do it and you don’t have to disclose either. I choose to disclose because I don’t think that it is something that needs to be kept a secret. But sometimes I don’t feel like having the same conversation again and again, and I don’t disclose. If you want to disclose your status, do it when it feels right to you and when you feel comfortable. Otherwise, it can happen in a moment that you least expect and make things awkward and uncomfortable for you. And yes, this comes from experience :)