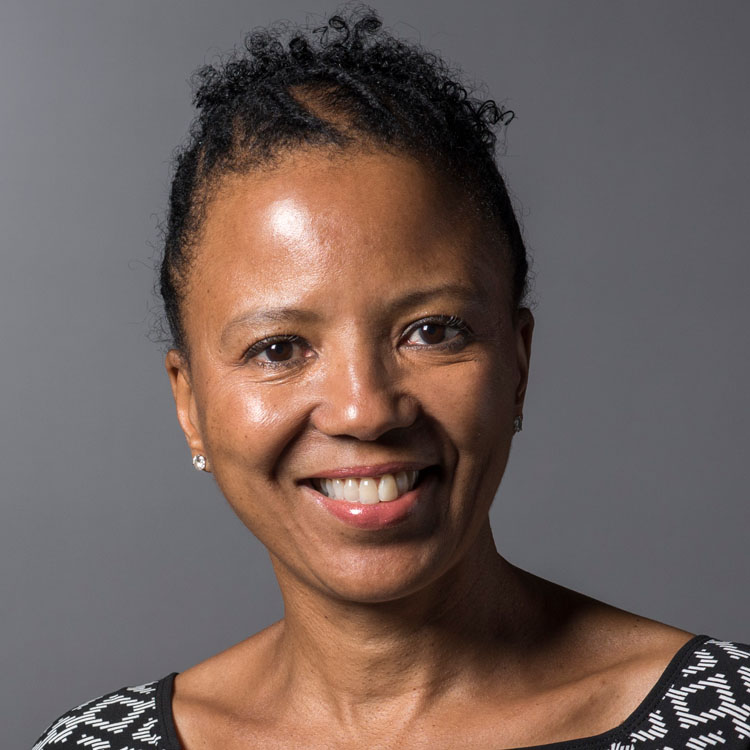 Adaora Adimora is the Sarah Graham Kenan Distinguished Professor of Medicine and Professor of Epidemiology at the University of North Carolina at Chapel Hill. She is a physician epidemiologist with more than 25 years of clinical experience in treating people living with HIV. Adaora received her MD from the Yale School of Medicine and MPH in epidemiology from the UNC Gillings School of Global Public Health. She completed a residency in internal medicine followed by a fellowship in infectious diseases at Albert Einstein/Montefiore Medical Center.

Adaora began her career as an infectious diseases physician at Harlem Hospital in New York City and moved to North Carolina, where she initially worked for the state health department in the Communicable Disease Control Branch. She moved to the University of North Carolina, where she began her research career. Adaora has led population-based studies and community-based research in HIV epidemiology and prevention, and her research focuses on social, behavioural and biomedical factors that influence the risk of acquiring HIV and other sexually transmitted infections. She has helped trace the pathways between social forces, such as mass incarceration, in racial disparities in acquiring HIV in the US.

She has worked in Cameroon and served as principal investigator of the UNC Fogarty AIDS International Training and Research Program from its inception in 1998 until 2014. This programme has trained scores of researchers from China, Malawi and Cameroon.

A fellow of the American College of Physicians and the Infectious Diseases Society of America (IDSA), Adaora chairs the Women at Risk Committee for the NIH’s HIV Prevention Trials Network and has chaired the HIV Medicine Association. She has also served on the US Department of Health and Human Services Antiretroviral Treatment Guidelines Panel and the editorial board of Sexually Transmitted Diseases, and served on the Presidential Advisory Council on HIV/AIDS and the National Institutes of Allergy and Infectious Diseases Advisory Council. In 2009, The Root, a publication of the Washington Post Company, included her on its inaugural list of The Root 100, its recognition of “established and emerging African American leaders who are making extraordinary contributions”.